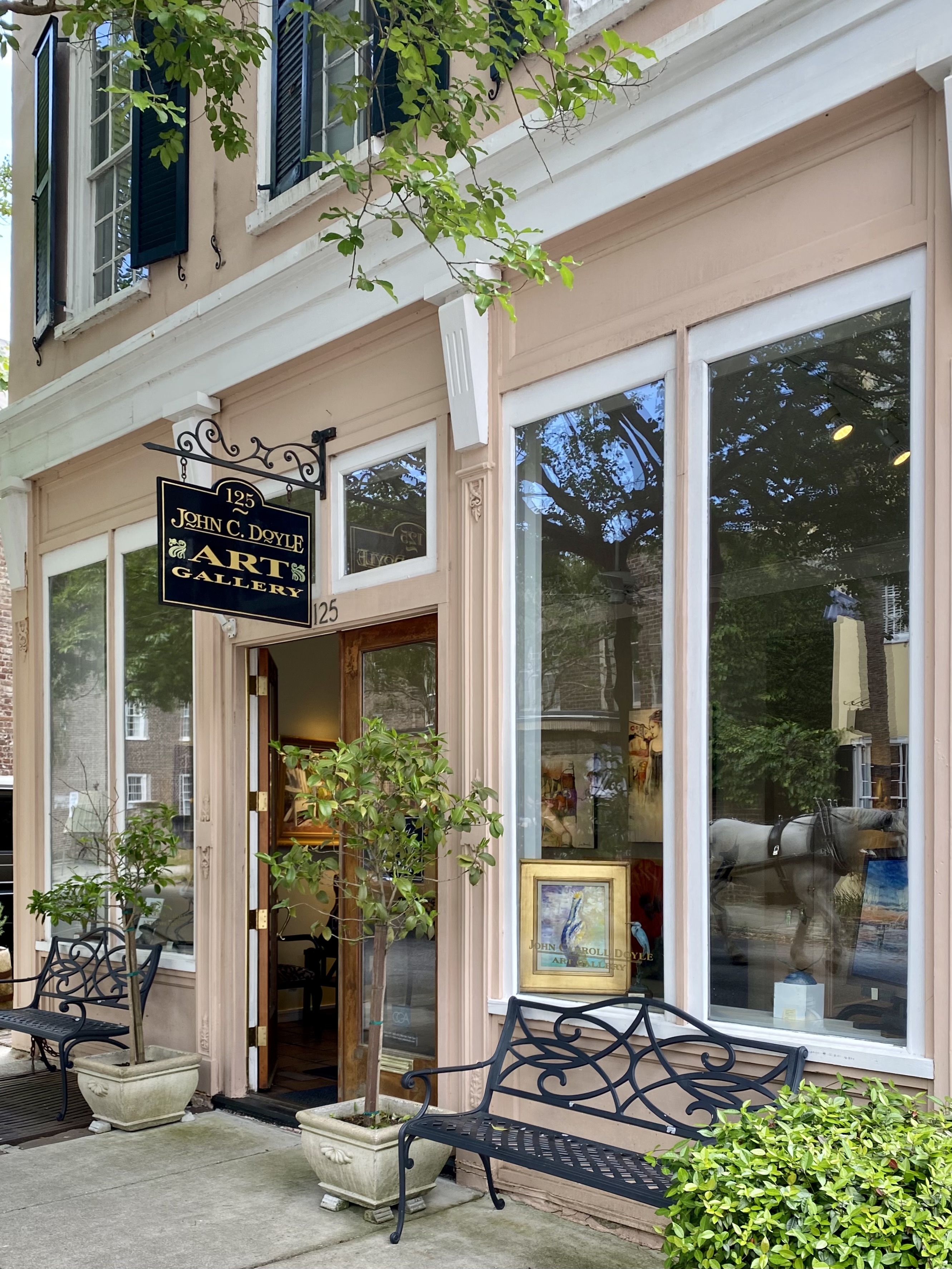 The John C. Doyle Art Gallery has been in business for over 30 years, as Mr. Doyle began painting with many other local Charleston painters in the 1970’s when there were no galleries in Charleston. He eventually began selling out of his home and famous studio on King Street in the 1980’s. Mr. Doyle passed away in November of 2014 after completing well over 2000 paintings in his prolific career. It was his specific wish for the gallery to continue on with his namesake, and to add other skilled artists to celebrate his legacy. We offer many original oils, sketches, and photography by Mr. Doyle, as well as over 200 high quality reproductions on canvas in all of the various subjects he painted – from blue hydrangeas to blues musicians.

We are also thrilled to offer the serene oils of award-winning OPA painter Dhwani Parekh, as well as internationally renowned bronze works by sculptor Geoffrey C. Smith.  Simon Kenevan, our Englishman abroad, is world renowned for his epically beautiful seascapes. Joan Dumouchel, a unique Canadian painter famous for her contemporary portraits of ethereal women, and Leo Osborne, world renowned sculptor of bronze and wood burl, as well as mixed media paintings. George Bucquet is a hot glass casting sculptor, whose unique work is collected all around the world.